My new hobby is short track racing…. Not because I like the short, high intensity part of it, but more because my training intensity is at a historic low…

We have more and more people joining the singlespeed way of riding, resulting in more small, club or internet forum based singlespeed races. Good thing about these is that it is easier to finish on the podium, which was the case with a small race we had at a local club in Ede, Netherlands. Omthe short but very fun track we did a 75 minutes race, which was just short enough for me to finish on the second place out of 20+ riders. 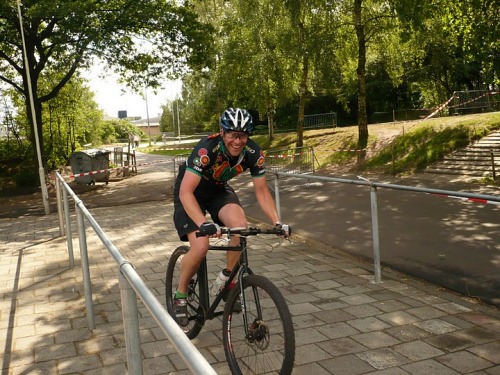 A few weeks later, in the same city, we had a street race, with a very(!) nice course through city centre and some surrounding parks. With lots of small stairs, sandy corners and a very gnarly climb my Big Apple equiped 1×9 Singular wasn’t the best choice for the race after all. Singlespeed would have been better, although I am not sure I would have been able to keep my third place on my singlespeed. The high temperature, fast start and twisty, very technical course made it a very hard race, short but intensive. But hey, podium again, in a year I have been riding half the distance I did last year (or so), so why complain? 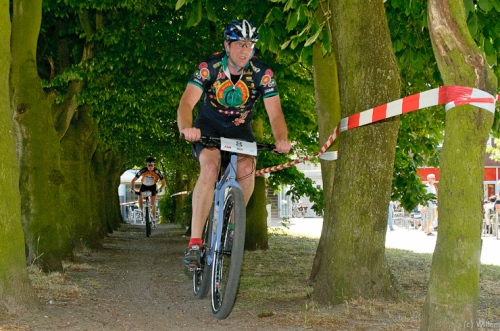 So what’s next? Some local races the next few weeks, holidays in France (the Ardeche), then SIS, SSWC Ireland and Eurobike. The next few months will be fun!!

Looking forward to meet quite some teammates again at SIS, let’s smoke some kiddy wheels up there!

One response to “Short track racing in Dutchie land!”